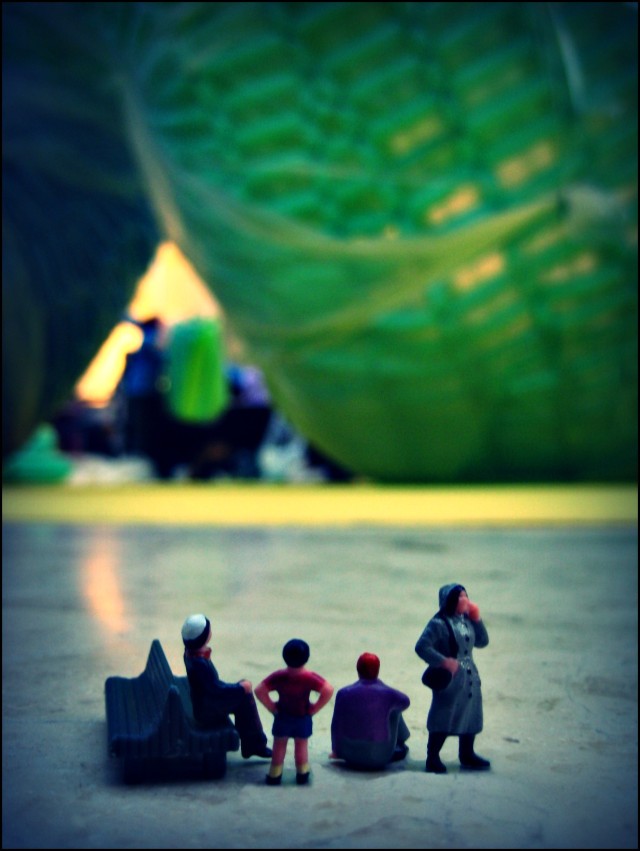 “One of the things about balloons is that they are very compelling. Everyone’s attracted to balloons. Your hair is attracted-when I work on balloons in the studio everything wants to attract to them, they have so much static attraction. On some level they have that effect on people, the way that they are compelled. When I use them, they are warm and inviting and people want to imagine themselves in there.
And so if I can capture people’s imagination for just long enough and just stop them for a minute from the daily routine and just think about nothing except for the potential for discovery.” – Jason Hackenwerth